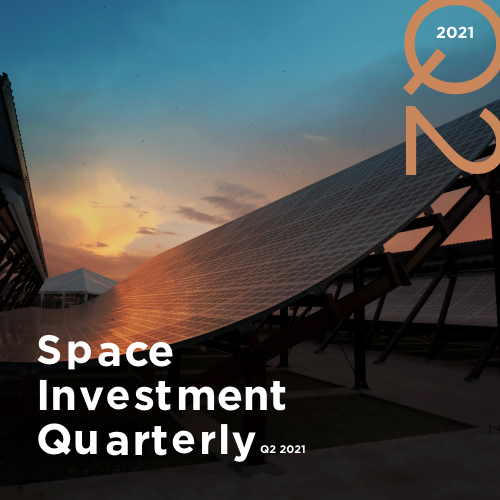 With another $9.9B invested into 138 space companies in Q2, there has now been $199.8B of equity investment into 1,553 unique companies in the space economy over the past 10 years. After four consecutive quarters of declining deal volume, Q2 was the fourth largest quarter on record for total investment in the space economy. The majority of investment dollars YTD have gone to Late Stage rounds, however 123 early stage rounds account for 53% of all rounds closed, representing nearly $1.0B of investment and a healthy front of the funnel. This was the largest quarter on record for space infrastructure investment, despite only two space company SPACs closing in Q2. With $4.5B of new capital, the Infrastructure stack is now on pace to beat the previous annual record year of $9.1B, set last year. Fourteen space company SPACs have been announced to-date, three of which have successfully merged, and two of which were announced in the first week of Q3. Ten of these SPAC mergers have targeted Infrastructure companies focused on small launch, satellite hardware, and in-space manufacturing.