Satellite Technology: Past, Present, and Future 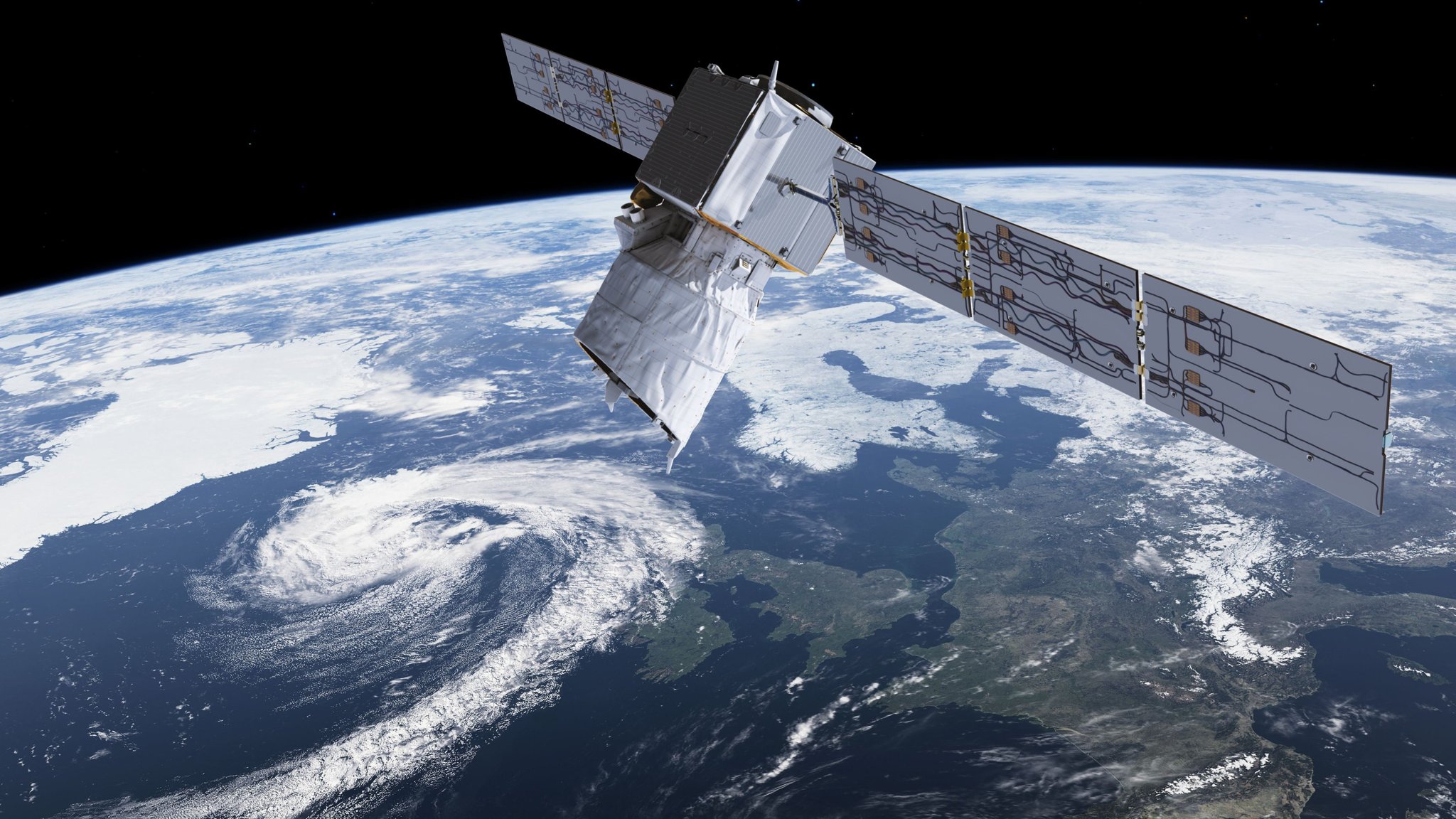 Since the first satellite was launched into orbit in 1957, space technology has evolved drastically. Satellites were once as big as a small school bus and weighed up to 6 tons. The situation has changed over the last decade with the development of small standardized satellites and reusable launch capabilities driving the growth of new space-based infrastructure. Today, thousands of satellites of all types orbit around the Earth, enabling a wide variety of communications, positioning, and earth observation applications.

Communications satellites have enabled us to have in-flight telecommunications, high-speed networks in rural areas, cable TV and network programming; Positioning satellites have powered us with the convenience of location-based services, allowed us to understand where we are and track movements anywhere on the planet; Earth observation satellites provided an ability to count, measure, and detect change across industries including agriculture, energy, mining, and urban planning, to name a few. These unique satellite technology capabilities helped create a globalized and connected planet that drives our modern economies and helps each of us manage our daily lives.

Have you ever wondered how you are able to use the internet on the plane? Satellites provide the only truly global infrastructure, which makes it possible to connect cars, ships, and even planes to the internet. ViaSat is a broadband satellite communications provider that brings in-flight Wi-Fi to full-service, regional, and low-cost carriers. The company is nearing deployment of a new generation of high-capacity Viasat-3 Ka-band satellites that will expand its network capacity and coverage. The first satellite, Viasat-3A, covering the Americas and portions of the Atlantic and Pacific oceans, is scheduled to launch in the first quarter of 2022. This means in the near future, when you board a long flight, thanks to satellite technology, you will have access to the internet with much lower latency allowing you to use all the applications you need, whether it’s accessing popular streaming services such as Netflix, hosting a video conference, or even playing your favorite online games.

Have you ever gone to a national park and lost your cell phone service? If so, would you want a portable device that can receive internet anywhere in the world? SpaceX has set out to do just that. Led by Elon Musk, the company started Starlink in 2015 to develop high-performance satellites and customer terminals that deliver broad access to space-based Internet. SpaceX plans to deploy up to 40,000 Starlink satellites and has launched over 1,600 at the end of 2021. Traditional geostationary satellites orbit 22,000 miles away from the Earth, while SpaceX's mega-constellation of satellites will maintain orbit at only 350 miles. This means that Starlink’s signals don't have to travel nearly as far and therefore speeds and reliability are expected to be more stable over time as the constellation grows and satellite technology improves.

SpaceX started a private beta service in the Northern United States in August 2020 and a public beta in October 2021. The beta demonstrated that some users could reach download speeds of more than 210 megabits per second (Mbps) — faster than 95% of US connections, according to the speed-test provider Ookla1. SpaceX is preparing for commercial launch in 2022 and expected to boost production of both satellites and user terminals. Elon Musk has been promising that Starlink’s speeds will continue to increase and could reach 300 Mb/s later this year. In addition, the latency for Starlink is expected to drop to 20 milliseconds or lower, making the service capable of delivering a modern internet experience including streaming, collaboration, and gaming. Current Starlink terminals offer coverage over the entire United States, but the company plans to expand globally.

In 1978, the original NAVSTAR satellite was launched and it gave the U.S. government the first reference point for a worldwide radio-navigation system that later became the GPS (Global Positioning System) we know and love. GPS has transformed our lives in many ways and fundamentally changed our spatial awareness. But it took nearly three decades and numerous companies to achieve the widespread adoption we know today.  One early pioneer was Charles Trimble started Trimble Navigation (later known as Trimble) the same year the first NAVSTAR satellite was launched. Although GPS was developed exclusively to meet military needs, Trimble foresaw a wide range of commercial and business applications for a system that could pinpoint location anywhere on the planet. The company’s decision to fully embrace the emerging NAVSTAR system has proven to be a brilliant one and positioned Trimble at the forefront of satellite-based position technology. Today, Trimble’s technology in positioning, modeling, connectivity, and geospatial data analytics has helped enable industries such as agriculture, transportation, civil construction, and telecommunications, allowing consumers to have more choices of food at supermarkets, getting our parcels delivered faster and experiencing skyscrapers rising up in the city.

Another decades-old company that contributed heavily to the development of GPS is Inmarsat. Founded in 1979, Inmarsat has over 40 years of experience enhancing the accuracy and dependability of GPS data for safety-related users such as aircraft and ships. They call this concept the Satellite Based Augmentation System (SBAS). The company worked closely with the European Space Agency (ESA) on developing the first prototype of SBAS in 1989 and launched the Inmarsat-3 constellation 1 year after that featured navigation transponders on all spacecraft for SBAS services. Today, the powerful benefits SBAS is able to provide are accuracy and integrity that are critical to aviation and the geospatial industry. Inmarsat is working to modernize air traffic management using SBAS and to alleviate airspace congestion so we can experience shorter flight times, fewer unexpected delays, and maintain confidence in the safety and security of air travel.

Earth Observation data helps us see changes on a planetary scale and the insights that businesses, governments, researchers and journalists derive from the imagery drive economic activity and improve the quality of our lives. These types of satellites make it possible to count, measure, and quantify the world around us as never before, enabling near real-time monitoring anywhere on Earth. Planet Labs has the world’s largest imaging constellation with 200 satellites providing the highest frequency of imaging capabilities commercially available - up to 12 times per day. The company’s monitoring capabilities create significant value for businesses while also supporting global humanitarian and sustainability efforts. They have helped global companies to transition into green businesses by standardizing reporting metrics and verifying sustainable practices, agriculture businesses manage food production to eliminate food waste, governments to plan for wildfire mitigations, and journalists to battle human rights abuses by uncovering illegal shipping and forceful detention.

Global energy-related carbon dioxide emissions are on course to rise by 1.5 billion tonnes in 2021, which is the second-largest increase in history. Greenhouse gases have far-ranging environmental and health effects - they cause climate change by trapping heat, which then cause extreme weather, food supply disruptions, increased wildfire and other effects, and they also contribute to respiratory disease from smog and air pollution. GHGSat provides broad-based emissions monitoring services to detect and quantify methane and carbon from space. The company’s satellites are the first in the world capable of measuring air emissions from targeted industrial facilities. In November 2020, The New York Times published an article highlighting GHGSat’s satellite technology on using a two-satellite method to pinpoint unknown leaks. The less sensitive satellites are used to identify general areas of leak and then new satellites are used to investigate more closely. The piece also showcased GHGSat’s successful detection last year of a large gas cloud in Turkmenistan that rivaled the biggest known methane leak. Since then, GHGSat has been collaborating with the Netherlands space institute to find large emissions from coal mines in China and Australia, as well as from other oil-and-gas facilities in Central Asia. In October 2020, GHGSat launched its first product called PULSE, a free global map of methane concentration data updated weekly.

Satellites orbit hundreds or even thousands of kilometres above us and we often do not realize the critical role these systems play in our modern society. Every day, satellite technologies are meeting the needs of users around the world, not only helping to keep our lives in order but bringing prosperity. As new technology advances, the importance of, and future uses of, satellites in our everyday lives will only increase. New markets will emerge along with new opportunities to push the boundaries of what space and satellite technology currently offers to us in our daily lives.