Lessons from the History of Satellite Communications 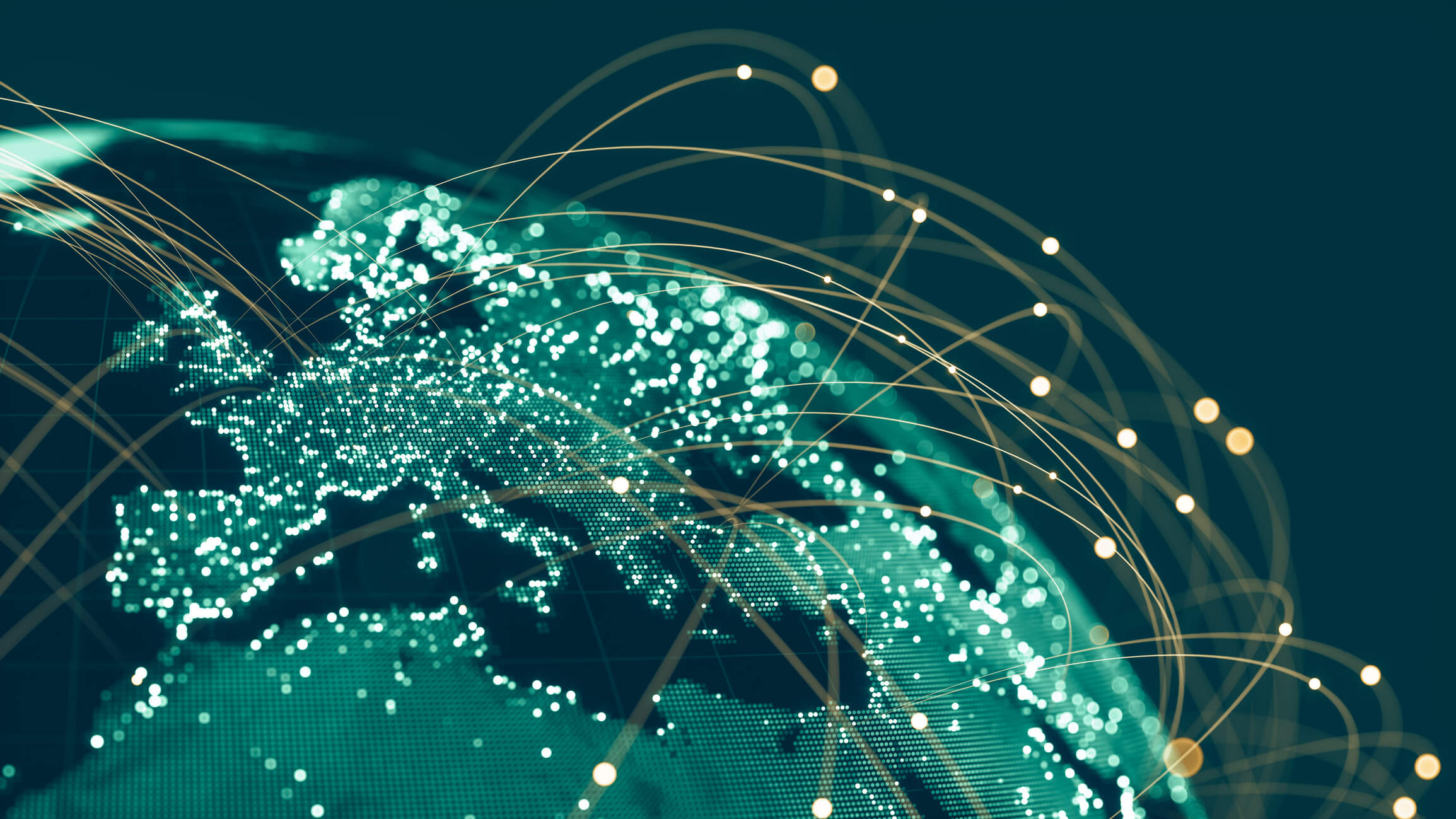 SpaceX, OneWeb, and Amazon are just a few of the growing list of companies looking to deploy constellations of satellites into Low Earth Orbit (LEO) to blanket the Earth in connectivity. With so many powerful satellites in orbit, the state of Satellite Communications, or SatCom, will transform from one of scarcity, to abundance. However, the idea of deploying constellations into LEO for the purpose of satellite internet is not new, and is riddled with failures, with OneWeb itself having served as a recent example of how difficult it can be to develop, deploy, and operate such constellations. As leading operators look to graduate from SatCom providers to full-fledged Tier 1 ISPs, we can look to lessons in the sector’s history, from its meteoric rise to its fall into obscurity, to understand this new era that promises: this time will be different.

In 1945, Arthur C. Clarke published his article titled “Extra-Terrestrial Relays: Can Rocket Stations Give Worldwide Radio Coverage?”, in which he proposed a “geostationary orbit”, where three satellites could serve as global communication relays. As both a sci-fi author and Royal Air Force officer, Clarke drew inspiration from German rocket science from WWII and his own imagination to sketch a network of satellites, what we would describe today as a constellation. Though notably, Clarke’s original design envisioned the inclusion of space stations with people managing the operations of the constellation. In this design, he described optimal orbital parameters for these satellites and stations to orbit the Earth at the same rate as its rotation, allowing them to remain essentially stationary over the same spots on the Earth. Thus, any signal sent down from the station would consistently hit its target without interruption. Though Clarke was not the first to theorize about such a fixed orbit, his concept was influential to the technology's development. Future satellite scientists would go on to term Clarke’s hypothesis as Geostationary orbit.

Satellite research would later be influenced by scientific advancements in long-range, high-powered rocketry and intercontinental ballistic missiles (ICBMs), stemming from the Cold War between the United Stated and the Soviet Union. During this time the first solar cells were developed, eventually being used to power satellites themselves. Other advancements such as the invention of the transistor made possible the miniaturization of electronic components necessary for lightweight space objects, and simultaneously ushered in the age of the high-speed digital computer, which would be used to calculate and track satellite orbits. The Soviet Union would go on to bring this technology together in October 1957 through the development of Sputnik-1, the first man-made satellite to be launched into space. The 23 inch sphere would be surrounded by four radio antennas that would send pinging sounds down to Earth that could be picked up by even amateur radio owners. Its primary purpose was to demonstrate communications, but scientists also hoped to measure the density of the atmosphere, test radio and optical methods of tracking its orbit, and to see how radio waves would behave as they passed through the atmosphere. This accomplishment would catch global attention, and officially kicked off the space race.

1958 would mark the United States first achievements as it managed to launch its first IGY satellite, Explorer 1. In the summer of 1958 congress would go on to pass the National Aeronautics and Space Act, which created the National Aeronautics and Space Administration (NASA), and served to jump-start U.S. space science and exploration. Before the end of 1958, the U.S. Air Force launched SCORE (Signal Communication by Orbiting Relay Equipment), which would transmit a pre-recorded Christmas message from President Dwight D. Eisenhower for 12 days. Though touted as an “active” communications satellite, it did not actually receive and transmit communications from Earth. Following Courier 1B, the first communications satellite with solar panels that could recharge its batteries, AT&T and NASA worked together to launch Telstar 1, which would be capable of relaying telephone and television signals across the Northern Hemisphere. On July 10, 1962, Telstar would transmit the first live transatlantic telecast, showing the possibility to transmit voice, television, facsimile, and data between the U.S. and various sites in Europe, opening space to commercial users, sparking a communications revolution.

The industry’s next milestone would come from a joint venture between Syncom and Hughes Aircraft Company to develop Syncom 3, the first satellite in Geostationary Orbit. Funded by NASA and the Japanese government, this satellite was intended for telephone use, but ultimately upgraded to transmit TV signals. This made it possible to transmit live coverage of the 1964 Summer Olympics in Tokyo to over one-third of the globe. The success of this satellite led to the launch of Comsat’s Early Bird in 1965, the first commercial communications satellite. This geostationary orbit satellite would orbit over the Atlantic Ocean, providing the first continuous satellite communications link. The company would soon launch Intelsat II and Intelsat III, providing further links to complete the first global network, which in 1969 would allow over half a billion people to watch Apollo 11 land on the Moon on July 20.

Around the same time, several teams across the world were experimenting with the idea of remote packet transfer. This medium would make it so that machines could be logged into remotely and files could be transferred to any machine in the network. With multiple research initiatives concurrently and independently working towards this concept, development was initially scattered. As each team built their networks differently, the need for a standardized architecture and protocol became evident to efficiently communicate across networks. On top of this protocol, early architects needed a way to communicate with each other as they designed the backbone of what would go on to be the modern internet, leading to the introduction of Email in 1972. This new application would quickly become the most popular, providing a new model for communication, and  ultimately, reshaping our society.

The inception of the internet inspired rapid progress in the development of satellites capable of broadband connectivity. In 1993, Hughes Aircraft Company filed for a license with the FCC to develop SPACEWAY, the first Ka-band satellite, but the satellite would not launch until 2005.  The first successful attempt to provide broadband satellite internet would instead occur in 2003, with the launch of Eutelsat Communication’s e-BIRD satellite. Using four spot beams, this satellite was able to provide Europe with broadband and broadcast services in areas not served by terrestrial broadband technologies.  Over time, satellite operators would launch progressively more advanced satellites, known as High Throughput Satellites, capable of moving more data, and giving more users broadband connectivity.

Simultaneously, some operators sought to instead build their constellation in Low Earth Orbit, though this proved to be a challenging orbit to do business in. One of the main value propositions of LEO is its proximity to the Earth, which substantially shortened the amount of latency experienced by the end user. Eager to differentiate themselves from competitors, several satellite operators looked to this orbit to build their businesses. Teledesic, a LEO-based satellite internet company backed by Microsoft, halted work in 2002, while Skybridge, an Alcatel satellite internet project operating in LEO, went bankrupt in 2002. Other failure attempts include Iridium and Globalstar, who were not able to find a market for their services once they reached orbit. Reasons for failure vary, but generally there were barriers in the form of timing and cost. Before SpaceX reduced the cost of launch to just a few thousand dollars per kilogram, operators were paying tens of thousands to government-backed launch providers to deploy their satellites into orbit. These costs were compounded by the sheer amount of satellites required to have a competitive business. LEO satellites are closer to the Earth and offer lower latency, but also have smaller coverage area and require hundreds or thousands of satellites to cover the Earth. This would also result in long, costly cycles to deploy, and replenish constellations. Some companies never got this far, and those that did would find that they were “late to the game”, and could not match the pace of a rapidly-expanding terrestrial internet powered by the growing transition from Dial-Up, to Cable, and to Fiber. With low latency broadband connectivity becoming widely available to the average consumer, satellite operators would then be constrained to sell into niche use cases, only being able to capture a fraction of the market they hoped to attain.

As the years progressed, we would continue to see ground-based commercial internet offerings grow from Kbps-level download speeds, to speeds of several Gbps. However, communications satellites remained largely unchanged through this period of internet innovation, with a typical satellite only being able to consistently move a dozen Mbps of data to users. Legacy SatCom solutions were largely dependent on terrestrial infrastructure to function properly, and worked more so as data relays than a core part of the internet itself. But this is beginning to change.

Now, existing operators are launching next-gen high-throughput satellites and new entrants are deploying thousands of satellites in LEO, multiplying on-orbit capacity by orders of magnitude.   Catalyzed by a massive reduction in launch costs and step-change improvements in manufacturing, these new entrants now look to disrupt SatCom’s relationship with ground networks, and hope to be more independent of them, being able to route traffic themselves, and serve as alternative routes that data can take as it is transferred across the globe. In this, the new era of SatCom is becoming ushering in a new era of the internet itself.

With previously unprecedented amounts of capacity being launched into orbit, and OISLs allowing LEO satellites to rapidly bounce large amounts of data off each other, these constellations are able to move signals from host-to-host on their own from anywhere in the world. These satellite operators will most specifically expand on the submarine fiber cables currently used to manage international internet traffic, effectively creating direct “orbital fiber lines” that can connect hosts across the globe directly or in conjunction with ground networks. With this innovation, these new entrants would become internet backbone providers, the group of Tier 1 ISPs that manage the world’s internet traffic. Opening up such a high-speed backbone network could have ripple effects across many internet users, even those that are not direct customers of satellite entrants, as they create international internet routes that are often faster than traveling through undersea fiber lines that are subject to latencies resulting from hand-off from a series of ISPs with differing protocols and cable performance, on top of physics-based slow-downs resulting from transmitting light through the atmosphere.

In its early days, satellite communications were poised to connect the world through broadcasting, and succeeded. As the world’s focus moved from TV to the internet, satellite operators were forced to watch from the sidelines as they faced strong headwinds from the cost of launch and technical hurdles to keep up with an evolving terrestrial internet infrastructure. With technical advancements in communications, manufacturing, and the reduced cost of launch introduced by SpaceX, the 2020s will mark the decade in which SatCom is finally able to mature and match the pace of innovations of ground networks. Where Satellite TV revolutionized communication, the new era of satellite internet will revolutionize the core architecture of the internet itself. In an era that requires more data, everywhere, the new Satellite Communications industry is stepping up to the challenge to fill the unconnected voids that persist in our world.

To learn more about this change