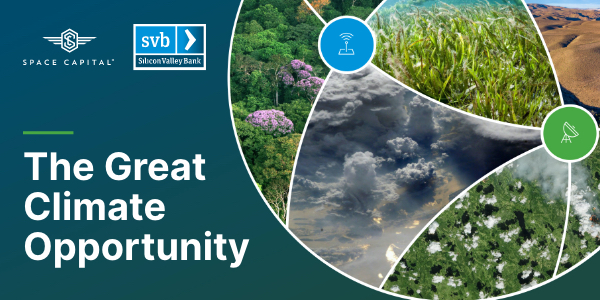 In support of the most recent report, The Great Climate Opportunity, that Space Capital partnered with Silicon Valley Bank (SVB) to write, Space Capital hosted a webinar to discuss the major impact that space technology can have on the future of climate change and the nearly $1 trillion climate opportunity.

The Great Climate Opportunity report dives into the foundational role that space technology plays in identifying climate markers and enabling a transparent, measured, and accountable global climate market. In the one-hour long webinar, you can hear from the authors, companies, and scientists that contributed to the report.

Our featured contributors are: